There are sound arguments to keep the Confederate flag flying over South Carolina’s State House even though a depraved white maniac, who wore that flag ... 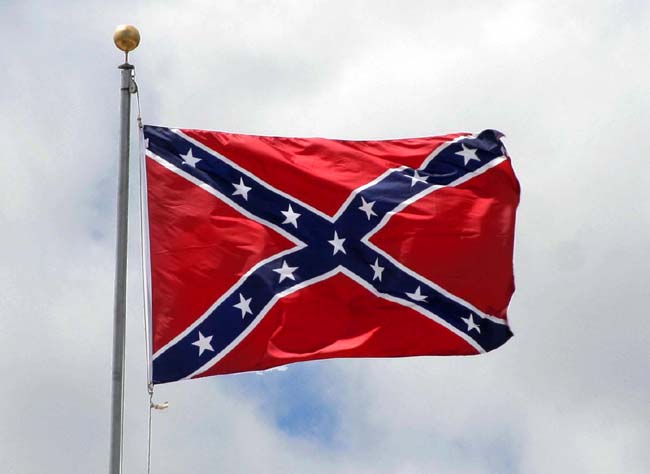 There are sound arguments to keep the Confederate flag flying over South Carolina’s State House even though a depraved white maniac, who wore that flag as a proud fashion statement – as a symbol of his deranged perspective – killed nine black men and women two weeks ago in a Charleston church. Yes, despite the fact that the design also referred to as the rebel flag, Dixie flag, and Southern cross has positively racist connotations in its modern usage, dredges up deeply offensive and infuriating imagery for a large segment of the population, and often represents – whether tangentially or specifically – the position that black people are inferior to white people, there are viable reasons why this flag should whip unto infinity in the South Carolina breeze. The question that will remain after all these arguments are made and considered; once reasons and excuses are offered and contemplated : Is it worth it? Do we really need to take out the scale and balance the pros and cons to figure this one out?

In orthodox Judaism, we have our own rebel flag. We do; and we actually rise to our feet and wave that sucker every morning. We go so far as insisting that our children learn to salute this arguable disgrace from their earliest days of formal education.

And, just like there are prominent, intelligent, knowledgeable champions of the perpetually under fire Confederate flag, our flag has its many respectable and revered defenders. They will tell you that this is how it is and this is how it was. That greater men than we saw our flag fit and who are we to question. After those attempts at justification, which just so happen to be in direct conflict with common sense and history, are proposed, they will attempt to provide concrete rationale. They will tell you that women are holier – are more faithful by nature – than men and need fewer mitzvot to have a close relationship with God. That it was in the merit of women that we were saved and sustained. That they are the eternal guardians of the family. They will insist that women are valued by the religion no more or less than men. Maybe so. And maybe – without a hint of cynicism – the flag flying above the State House in South Carolina is emblematic of nothing more than Southern pride.

The problem is, of course, reality. A place where stubbornly complicated, not entirely palatable, explanations for wrong, offensive, discriminatory acts do not erase the sting or repair the damage caused by those acts.

When a black child sees a white man wearing a Southern cross, he knows. When a young girl sees the boys bless God every day for not making them women, she knows. It’s a seed planted, whether we talk about it at parties or not. The young girl will hopefully have a well-meaning morah ready to lift her spirits, swoop in and swiftly point toward the underlying reasons for the discrepancy and toward the alternative (degrading but also pitifully propped up) blessing that girls recite, but, Jewish people, the damage is done. It’s done early, and it is only reinforced over the years.