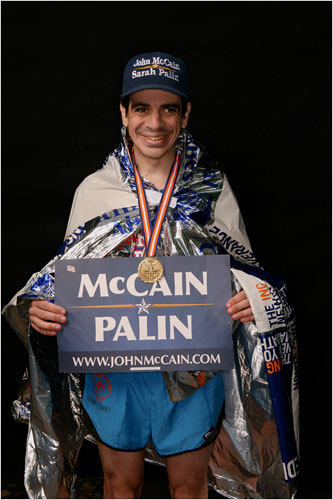 One of the most recognizable and whackiest Upper West Siders, Ariel Kohane, aka. Political Marathoner Dude, graced the cover of the NYTimes.com today for being one of the many New York City Marathoners sporting political paraphanelia during their 26.2 mile run.

Notably, Mr. Kohane, PMD ,was the only McCain supporter highlighted by the grey lady, all other political marathoners were Obamaniacs,  which is quite telling about the pride of the Obama supporters, and the in-the-closet approach of most McCain Supporters.

One of those proud Obama-nites highlighted in the marathoning article was jewish leader from Brooklyn, Lacy Schwartz, a participant of the ROI forum for Jewish Leaders in Israel.

Congrats to all the runners and the great proud Jewish runners hitting the ground politically and athletically in NYC. 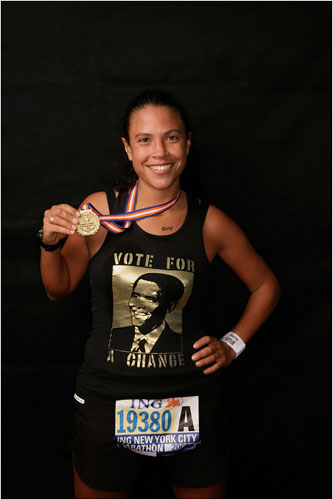