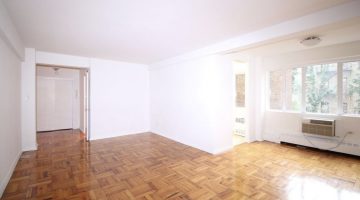 The media gathered in the Borough of Manhattan Community College's maroon theatre, just off the West Side Highway. Above the stage was a screen as if a movie were going to be shown.
Jane Rosenthal emerged with the usual suspects and welcomed the world to the 7th Annual Tribeca Film Festival, an event Bangitout.com has covered since its second year.
Before introducing the guest speakers, including the mayor, the governor, and film director Doug (The Bourne Identity) Liman, she reiterated how the TFF has energized lives in the city in so many ways. It will never be forgotten that the TFF was born from the ashes of 9/11. She thanked the mayor for allowing the festival to flourish and expressed her pride that the festival has carved out its “small place in New York's cultural scene.”
Once Ms. Rosenthal finished speaking, the theatre darkened and all eyes rose to the screen above the stage. There, the media was treated to a number of previews for films being showcased at the festival.

Eventually, the affable Governor Patterson spoke and drew laughs from his blind man at the movies routine. “I go to the movies,” he said, “but I sit in the front row. My problem is finding someone to go with me.” To great applause, he then introduced the new 30% tax break that will hopefully bring filmmaking back to New York. He semi-joked that one of the festival's founders, Robert De Niro, skipped the opening ceremony because he was on location in Canada shooting a film that supposedly takes place in New York.

The news of the tax break left Mr. Liman speechless. He literally tore up his speech when he got to the podium and clearly was thrilled by the news. Liman said he has always lived in New York (Tribeca to be exact) and has always tried to film his pictures in New York. He also mentioned that before he struck it big with The Bourne Identity he stood on line and bought tickets for the TFF just like everyone else.

Liman said that when fellow filmmakers and industry types see him in New York, they ask him when he got back. Their impression is that commercially succesful filmmakers can only make it in LA. Liman proudly told the audience his response – that he'd never left.