A Happy End by Iddo Netanyahu 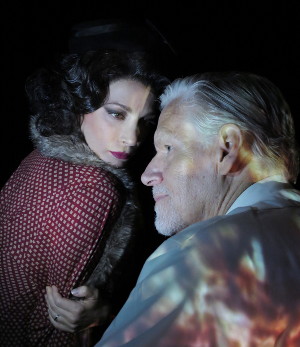 “A HAPPY END” BY IDDO NETANYAHU
A Jewish family’s dilemma–whether to remain in or flee 1930s Berlin–reveals universal themes.

NEW YORK, August 26 — “A Happy End” by Israeli playwright Iddo Netanyahu is the story of a well-to-do, well-integrated Jewish couple in 1932 Berlin deciding whether to remain in Germany or to flee to America. The production dramatizes a dilemma – whether to leave home, family and friends for an uncertain future in a foreign land, or stay, hoping the situation will improve – that has been shared and faced by most political emigrés. The piece will be presented as an Equity Showcase September 10 to 19 at Aaron Davis Hall, 135th Street and Convent Avenue, by The City College Center for the Arts in partnership with the Division of Humanities and Arts. Jennifer Miranda Holmes directs.

In the play Mark and Leah Erdmann, a prominent Jewish scientist and his wife, want to continue to believe in their future in Germany despite the rising storm surrounding themselves and their teenage son. Leah’s lover, Dieter–a clear-sighted German who happens to be Mark’s colleague–urges them emigrate and even sets up opportunities for them in the USA. Will they leave? Is a happy ending in store? The playwright shows us a universality in how people confront social and political realities, understanding or misunderstanding them, and that delusion is a normal condition of mankind, albeit a dangerous one.

Movement and dance by an ensemble of ghostlike characters, together with multimedia and repetition, are used to reflect the blurriness of the external reality, while connecting the audience to the lives of the main characters. This aspect of the production is inspired by the play’s 2012 staging in Tashkent by the renowned Youth Theatre of Uzbekistan, which was directed by Nabi Abdurakhmanov. Elements of that production, including its projections, videos and musical score, will be employed in The City College Center for the Arts’ production. Mr. Abdurakhmanov, Artistic Director of the Tashkent troupe, is advising on the production, but it will be staged here by Jennifer Miranda Holmes, an international director, performer, and educator.

The play’s world premiere was in Italy in 2008, followed by productions in Israel, Tashkent, Saint Petersburg, Macedonia, and Moldova. Maya Romanova, Theater Critic for Radio Russia (Moscow), wrote, “The piece has taken a very strong hold on me. It really contains outstanding things. It allows us not only to see and feel, but to start thinking how terrible it is when life, history and our current reality merge together.” Teatro (Italy) wrote, “Such a play is oxygen for our theater…” Prof. Shukhrat Abbasov, a famed film director of Uzbekistan, wrote “The first time in 10 years that I have been so impressed by a theater piece. It literally brought tears of admiration to my eyes.”

The City College Center for the Arts’ production is the brainchild of Eric D. Weitz, a scholar of 1930s Germany and Dean of Humanities and Arts and Distinguished Professor of History at The City College of New York. He says, “The play addresses themes that are particular to the Jewish experience in Germany and 20th century, but have universal meaning. There are over 40 million refugees in world today. Hundreds of people are trying desperately to get from France to England. This play is about that difficult question faced by anybody who is persecuted–whether to stay at home or leave into uncertain exile. It is a question that many students of CCNY and their families have faced.”

Director Jennifer Miranda Holmes says, “A significant reason this play resonates with me is, on my mother’s side, several of my family members were killed because they waited too long to leave Poland. This issue of whether to stay or go is at the heart of this play.” Interestingly, Nabi Abdurakhmanov, a Muslim director in a Muslim country, has also declared, “This is a play about me.”

Although this production’s performance style will be quite different from a more realistic staging that was presented Off-Broadway this March by Abingdon Theater Company, the cast will include one actor from that production: Carmit Levité, who was very well received in the role of Leah Erdmann.

Iddo Netanyahu is author of three plays. “A Happy Ending” is his second. His first play, currently in development, is a historical piece set in the middle ages dealing with Spanish Jewry and a leader of that community, Don Samuel Abravanel. His third play, “Worlds in Collision,” is a two-hander about a meeting between Albert Einstein and the psychiatrist/radical historian Immanuel Velikovsky. It is scheduled for production next season at NYC’s Kaye Playhouse. “A Happy Ending” was originally written in Hebrew by Netanyahu in 2007, a time when antisemitism in Europe had begun spiking again in Europe after its postwar decline. He made the English adaptation himself, which has been the basis for productions in several other languages.

Natanyahu was born in Jerusalem and spent part of his childhood in the United States. He began his studies at Cornell University in 1973 when he left to fight for Israel in the Yom Kippur War. He served in Sayeret Matkal, Israel’s elite special forces unit, as did both his brothers. He has an MD from Hebrew University of Jerusalem School of Medicine and did post-doctoral training at Georgetown University Hospital in Washington, DC and Mount Sinai Medical Center in New York City. He divides his time between working as a physician in America and writing, spending most of the year in Israel. His books include “The Rescuers,” “Yoni’s Last Battle” and “Itamar K.”

Jennifer Miranda Holmes is an international director, performer, and educator who is the founder and director of an international theater company, Global Empowerment Theatre (GETheatre.org), which offers a stage from which voices, silenced by poverty and inequality, can be shared with their local communities and the world. Her work with Global Empowerment Theatre has been acknowledged by artistic, educational, and governmental leaders, such as the Zanzibar International Film Festival, Shining Hope for Communities (SHOFCO) – The Kibera School for Girls, the Parikrma Foundation, the Akanksha Foundation, the Indian consulate in New York City, the administration and educators at Teach for India, and The Zanzibar Ministry of Education. Holmes is currently featured on the cover of the International Journal of Education & the Arts (ijea.org). She has taught courses in acting, directing, and theater for social change at Pace, NYU and Manhattanville College. Her father, the prominent British actor Denis Holmes, was a captain in the British Army who fought bravely in World War II and was part of the liberation of the Hague.

The actors are: Carmit Levité as Leah; Jon-Michael Miller as Dieter, her lover; Stan Buturla as Mark, her scientist husband; Elizabeth Evans as Anna, their housekeeper; Teo Rapp-Olsson as Hans, their son and Katarina Lugo as Martha, his girlfriend. The ensemble players are Sean Michael Beck, Sam Franco, Alisha Smith, Katie Wright and Osker David Aguirre, all students in the CCNY acting program. Music is composed by Albert Khalmurzaev (Tashkent). Video design is by Evgeniy Fuzulov (Tashkent). Costume design is by Pei-Wen Huang-shea (NYC). Lighting design is by Brian Aldous (NYC). Choreography is by Jennifer Miranda Holmes in collaboration with Sean Michael Beck.

The City College Center for the Arts (CCCA) serves as a cultural hub that builds a sense of community both within the college and its surrounding neighborhood, while inspiring creativity and diversity. Home to Aaron Davis Hall, the largest performing arts center in Manhattan north of Lincoln Center, it also provides a premier venue for local and national performers and for art patrons in the tri-state area. The venue showcases art that captures the college’s culturally diverse student body, which represents more than 90 languages, and includes dance, music, theater, literary readings, film, performance art and art exhibitions. For more information visit www.citycollegecenterforthearts.org. 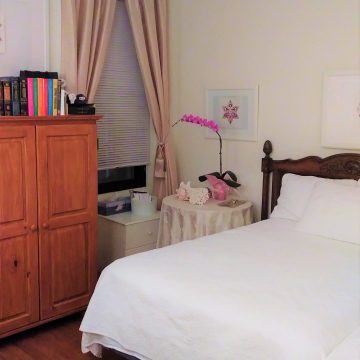 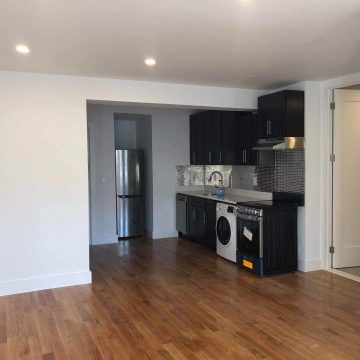 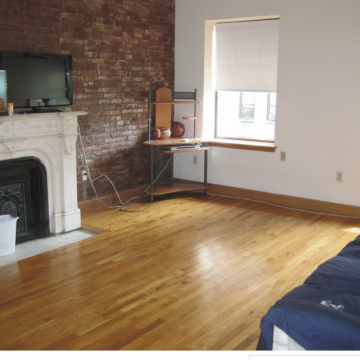 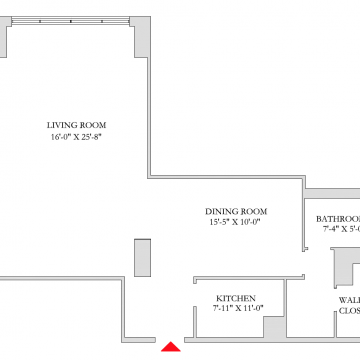 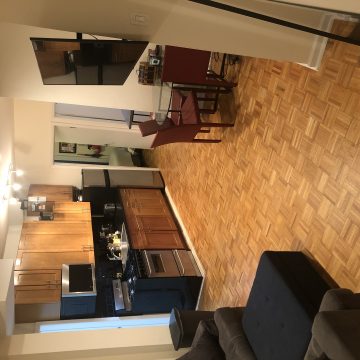 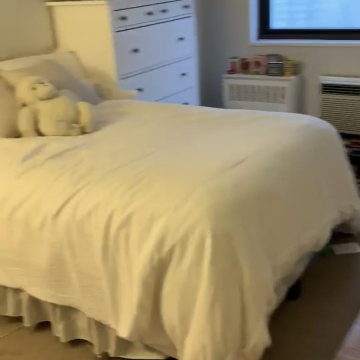 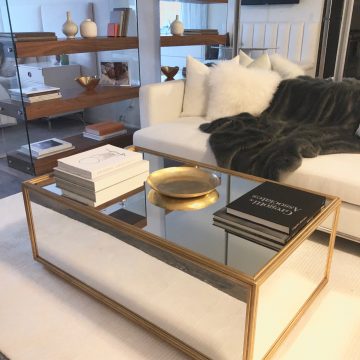 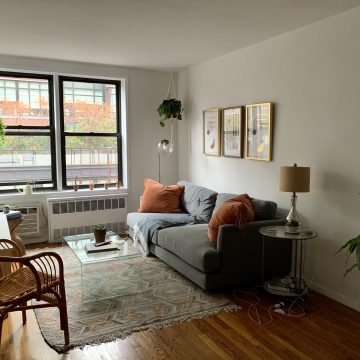