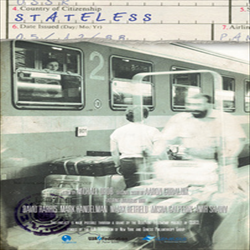 Wed, Jan 13 – Wed, Jan 13
07:30 PM – 09:00 PM
$18 for Everyone
Dir. Michael Drob, 86 minsOn the second anniversary of its world premiere at the JCC, join multi-festivalâ€“winning director Michael Drob for a screening of Stateless. The film focuses on a little-known moment in time during Soviet Jews’ exodus from Europe, when they were held in limbo in Italy because the United States had initiated quotas that called for a halt in immigration by Russian speakers to the U.S. The film is augmented by never-before-seen footage of packed railroad cars arriving in Vienna and equally discomforting video in Italy, where, in 1989, tens of thousands of Soviet Jews were held captive at the whim of U.S. immigration policy.Followed by a post-screening discussion with several subjects of the film.Generation R programs are generously supported by Genesis Philanthropy Group.