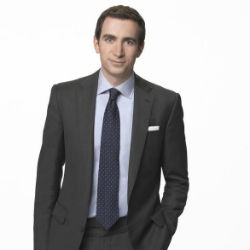 After 12 years writing “The Ethicist” for The New York Times Magazine, Randy Cohen invites you to his new project, Person Place Thing, an interview show in which one amazing guest tells three insightful and often hilarious stories.Andrew Ross Sorkin is a columnist and chief mergers and acquisitions reporter for The New York Times. He is also the founding editor of DealBook, an online daily financial report published by the Times. In addition, Mr. Sorkin is an assistant editor of business and finance news, helping to guide and shape the paper’s coverage. As a leading voice on Wall Street and corporate America, Mr. Sorkin is a frequent guest on national television and radio programs as well as a lecturer at universities across the country. Mr. Sorkin is the author of Too Big to Fail: How Wall Street and Washington Fought to Save the Financial Systemâ€”and Themselves.