THE VOICE OF PEACE 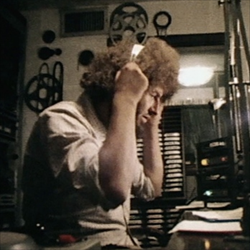 The Voice of PeaceDir. Eric Friedler
2014 | 89 min | Documentary
US PremiereA radical dreamer and a rebellious visionary, the Israeli peace activist Abie Nathan was the man behind â€œThe Voice of Peace,â€ a pirate radio station broadcasting from a ship off the coast of Tel Aviv. During the 1970s, the station had more than 20 million enthusiastic listeners from all over the Middle East. This fascinating documentary follows Nathanâ€™s humanitarian work over four decades, combining rarely-seen archival footage with interviews with former Israeli President Shimon Peres, Yoko Ono, Sir Michael Caine, and other world-renowned individuals who believed in Nathanâ€™s vision of a more peaceful Middle East.