Jewish News Round Up

With an action that brought to a halt the writing of sifrei Torah, mezuzot and tefillin, the Sofrim Guild of America flexed their pale muscles in a show of strength that had Jews all over America wondering what would be next. “We want our share of the revenue that's generated when sections of the Torah are used online or, more recently, framed and used as expensive decoration in Five Towns homes!” No talks were scheduled and picket lines were being organized with breaks for mincha and maariv. 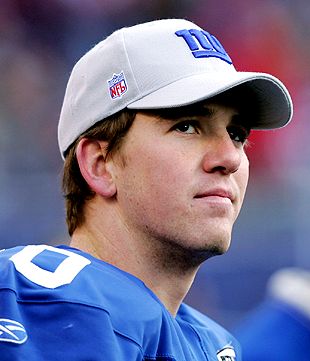 Eli Manning Found to be Jewish

In a shocking postscript to the Giants' amazing victory in the Super Bowl, MVP Eli Manning admitted in an exclusive interview that he was Jewish and that his name, Eli, means “my God”, and was given to him by his brother, Peyton (“Peyis”) Manning in a small town Mississippi shul. Never allowed to play football in his yeshiva because of the pigskin, Manning finally came into his own when he went to study in Israel for a year and learned to play from NFL programs on Israeli TV. Upon his return to Mississippi, his family complained he had become too religious and would not be allowed to play football unless he agreed to eat fish out.

In a well-attended press conference at The Prime Grill, Abe Foxman, head of the ADL, charged both political parties with discrimination against Jews in the presidential races. “They are running women, blacks and old, goyisch war veterans but not a single Jew!” Foxman declared while snacking on a baby lamb chop. When asked about Bloomberg's “short” campaign, Foxman called the mayor “a tease who left us all frustrated like Sheila Rosenfeld did in high school.”

The Justice Department was stunned to learn that A.G. Mukasey's wife, the former Principal of the Ramaz lower school, was behind his reluctance to condemn waterboarding as torture. “While it wasn't legal per se at Ramaz, it wasn't technically illegal either and was only rarely used on students who would not go the required seven blocks from the school before eating non-kosher food.” When asked to comment, Rabbi Haskel Lookstein, the diminutive headmaster of the school, said “We are very proud of Mrs. Mukasey as well as other members of KJ like Bob Abrams, Eli Weisel, Howard Rubinstein and I am very friendly with Anatoly Scharansky. Go Giants!”

After spending over $60 million on apartments for his daughters, Mr. Rennert also bought them Yahoo!, thereby frustrating Microsoft's bid for the search company. “The girls will have to share Yahoo! between them