When he first launched Supertova.com, a free Jewish dating Web site, Justin Corsa discovered how one of his biggest challenges would be convincing singles that there was no catch.

After all, they're used to seeing membership fees on sites like JDate.com.

"A lot of people were very reluctant, they were [asking me], 'What are you selling?'" Corsa said. "And I'm [telling them], 'Hey, I'm not selling anything. It's like, 'Come on, it's for the community, join! Give me a break!'"

Jewish dating sites such as JDate allow users to post profiles, upload photos, and search for other members for free, but on Supertova.com, which Corsa started in December, members also don't have to pay to instant message each other or send and check email messages — features which require member fees on JDate.

So what's the catch? Corsa, a 30-year-old former mortgage banker who used to live in Jersey City but moved to North Carolina when the banking industry took a hit, keeps trying to let people know that there isn't one. Corsa said he established Supertova.com because of the large number of Jewish singles who are motivated to meet other Jews, but can't afford to pay for it or simply aren't willing to do so. As a result, Corsa said, those Jews are "swimming in a sea of gentiles" when it comes to dating, hiking up the rate of intermarriage in the community.

In the "About Us" section of Supertova.com, Corsa writes "It's imperative for us to remain focused and creative in order to continue our fight to preserve and grow the Jewish Nation." Initially, Corsa thought he would be doing his part by simply posting his site and seeing how many people found it when they typed in "100 percent free Jewish Internet dating" on a search engine like Google.

But when the first few users complained that there weren't many other people on the site, Corsa knew he needed to do more. So he started spending his own money on the project, because he considered it a mitzvah.

"I didn't think I was going to have to [spend my own money], but now I am," Corsa said. "But that's fine, it's almost giving tzedakah, you know?" When Corsa spoke with The Jewish State on Dec. 27, Supertova.com had almost 700 members even though the site was still in its first month of existence. JDate boasts over 15,000, but Corsa is convinced that with efforts like placing advertisements on other free Web sites, having volunteers put up flyers in Manhattan and other places, word-of-mouth, and finally some paid advertising, Supertova.com will garner thousands of members in the coming months. Corsa said he is even recruiting Israelis to join, and recently got a member from Italy.

No matter how large Supertova.com grows, Corsa said, the site will always be free.

Since Supertova members have started to show some activity, Corsa said he is getting far fewer comments like "Well, there's not many people on here, and it's free, [so] what's the deal?" He said he might add a "chat room" feature to the site where a group of users can instant message at the same time. Already, members have the ability to be moderators on Supertova by reporting other members if they see something suspicious.

Raised in an unaffiliated Jewish home in Georgia, Corsa had no Jewish friends growing up. But at Florida State University, Corsa said he began to meet more Jews and explored his religion by studying Torah on his own, attending synagogue on campus, and getting involved with Chabad-Lubavitch. He later had a bar mitzvah and traveled to Israel.

Now, Corsa sees Supertova as his chance to start giving back to the Jewish community. Supertova sounds like supernova, the scientific term for when a star explodes, leading to an interpretation of the site's name as an explosion of Jewish singles. "Tova" means good deed or favor in Hebrew.

For more information on the Web site, visit www.supertova.com or email Justin Corsa at info@supertova.com 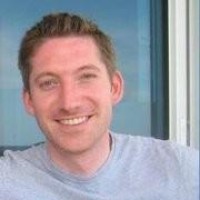 About the Author jnc3525