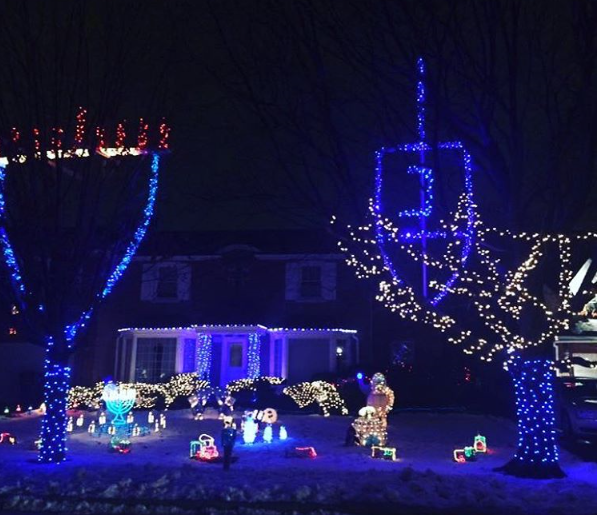 Lechatchilah: One should plop down on the couch and see which movie he can find on free TV. Nebich, who has only that anymore?

Bidieved: He should see what’s on cable.

Bidieved min bidieved. He should see what he can find on Pay-Per-View or in the “find” zach that’s so shver to navigate.

Mehadrin: One should go out to the movie theater cinemas, to join the hamoyn am who are already there waiting for him, asking why he’s so late, you filthy shaygitz.

Mehadrin min hemehadrin: Netflix and Chill, if you know what I mean.

Lechatchilah: One should order in Chinese.

Bidieved: In order not be be metarech our Chinese brothers and sisters to venture out on a cold night, one should go down to a Chinese restaurant and be metarach them there.

Mehadrin: One should go down to the Chinese restaurant with his Chinese friends and speak Chinese but should be makpid not to ask any Chinese person for directions, because past nisht, it’s not kavodik.

Mehadrin min hamehadrin: One should go down to the Chinese restaurant with his Chinese friends, speak Chinese, then bring everyone back to his place and rent a Chinese movie, like Geboygen Teeger, Bahalten Shlang, or Farmacht Hant fin Broigiskeit.

Mesoyreh: One should walk the streets, since the RaPaS holds that we must show ownership of our neighborhoods. After all, we run the world, we might as well show off once per year. Don’t worry, the RiTZ says it’s Leil Shemurim

Lechatchilah: One should stam shpatzir aimlessly.

Bidieved: One should venture into neighborhoods that are a shtickel maybe not so good.

Mehadrin: One should find a neighborhood with high crime statistics.

Mehadrin min hamehadrin: One should find a neighborhood with high crime, swastikas, and Trump voters, and should remain there only after he’s done getting beaten.

Mesoyreh: One should go to work, to make a tikkun for all the foalkeit throughout the year, when his goyishe coworkers work through weekends, and he goes incommunado, even when his officemates show up at his front door begging for help rebooting the servers.

Bidieved: Go to work, and spend the time catching up on the backlog. Eibishter knows there’s a big one.

Mehadrin: One should perform work shenoylad b’Yuntif. This is a big madreigah, because of the mesiras nefesh involved. Why do it now when it could be pushed off?, says Koheles.

Lechatchilah: Stam, one shouldn’t learn. He should farteef himself in movies, Chinese, shpatziring,and arbit.

Bidieved: One shouldn’t even think about learning, even if he’s farteeft in the other mitzvos, because he could come to an aveirah.

Mehadrin: One shouldn’t think about thinking about not learning, or how much he wants to learn, no matter how much the yetzer tov bothers him. See? Even the Yetzer Tov can be bad once a Yovel. This is like what happens when Bais Shammai is right about something.

Mehadrin min hamehadrin: One should not even discuss not learning while sheemising vee a shoitah in the movie theater, stuffing his face with Chinese ad deloy yodah, shpatziring vee a nar where he shouldn’t be, and working vee a kelev for no good reason.


Next post Finding Light in a Forbidden Alley: Bowling with the Stars at Chai Lifeline