The Beltway Sniper Attacks of 2002 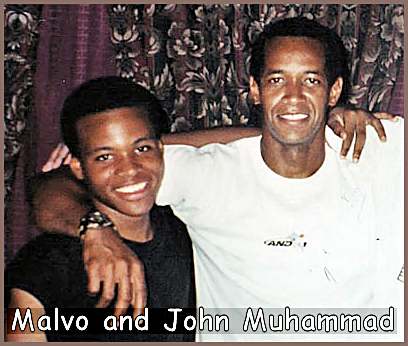 “Blue Caprice” explores an avenue that goes beyond things we know, the film is about how two men found one another and became cold blooded killers.

The performances by Isaiah Washington and Tequan Richmond (Mohammed and Lee) are spot on, both are able to convey the humanity of the characters while also maintain their haunting sociopathic tendencies.

The film was shot in an extremely sensitive way where modt of the actual killings were conveyed via 911 phone calls and blurry news footage.

What is truly striking about the film is the parallel of the US army training and Mohammed's training of his (adopted) son to become a killer. In a time when gun violence is on everyone's mind, this aspect of the film forces a different question that Americans needs to ask themselves as a gun society.

Mohammed is ex-army and we see him seek refuge with his old army buddy; this friend not only provides Mohammed and Lee with shelter before the attacks but he also provides mohammed with the very sniper used to kill ten people and injur three.

This army theme is brought up again when Lee stumbles on Army recruiters who would happily sign him up for the army the minute he turns 18. But the most blatant army reference is Lee and Mohammed's religious study of an army tactical reference book describing the benefits of a sniper attack on the enemy.

Lee reads and repeats these benefits over and over. Just as the army maintains its control over its recruits with systematic training, so does Mohammed to Lee.

A large portion of the film is dedicated to Mohammed breaking Lee down and then building him back up into the sociopath he needs for his mission. I wonder if writer-director Alexandre Moors was making a point or if the point is intertwined with the plot. But the question is clearly posed; What is The difference between the “senseless killings” from the DC sniper and the “wartime killings” of the army?