The Pitch that Made the Man 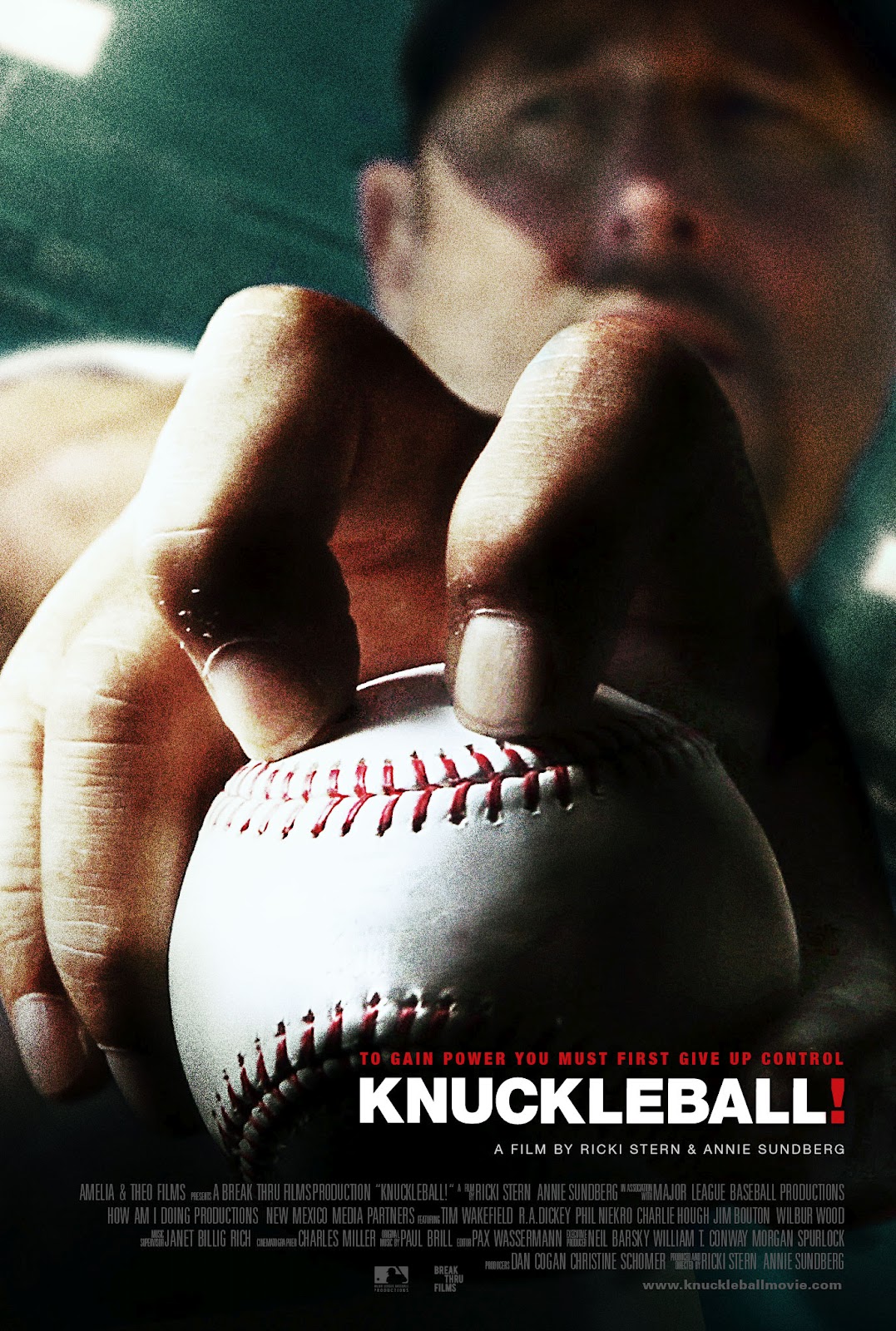 Mets fans have one story left worth following, but with the release of the documentary Knuckleball!, it becomes a story for the whole country. The story is R.A. Dickey and his self-styled transformation from mediocre-at-best nomad pitcher to Cy Young candidate. As the knuckleballing Hall of Famer Phil Niekro told me last week at the MLB Fan Cave, “There are pitchers who throw the knuckleball and then there are knuckleball pitchers.” R.A. Dickey has become, with help of men like Niekro and Boston's recently retired stalwart Tim Wakefield, a true blue knuckleballer.

The film was shot over the course of the 2011 season when Dickey was making a name for himself on the Mets by winning double digit games on a bad team. This season the team is still quite awful, but Dickey is now a bestselling author, a team leader, and a winner of nineteen games with the lowest ERA in the National League.

Filmmakers Ricki Stern and Anne Sundberg (The Devil Came on Horseback) were no great baseball fans when they started looking for a new project, but when producer friend Christine Schomer came to them with the idea for Knuckleball! they were smitten. “The idea was to focus on the characters behind the pitch and the pursuit of dreams,” Stern said. “It became a concept everyone could relate to.” “We wanted to make a film that was as much about baseball as it was about a poetry, a potentially dying art,” Sundberg added.  Then they met R.A. Dickey and fell in love. “Who doesn't love R.A.?” said a beaming Stern as Dickey looked down with unpracticed modesty. “Once he was on board we knew we had something. “

Watching R.A. then go on to become one of the biggest sports celebrities in New York was about as welcome a surprise as a knuckleball that floats and drops under the batter's swing at the perfect moment.

“I was chewing my fingernails the entire season,” Stern said, still appearing anxious about Dickey’s ongoing miracle run. “I do not root for R.A. as a producer. I root for him because it is a good story. He’s a good person. He deserves it.”

Knuckleball! tells the story of Wakefield’s final season and Dickey’s breakout one. While Wakefield was the big name at the time as a two-time World Series champ, and it is his face that graces the film’s poster, it is now Dickey that is the center of attention. It is Dickey’s knuckleball that has the sports world enthralled.

“It is about embracing who you are with it,” Dickey explained when asked how his pitch differs from Wakefield’s. “I watched Tim for a long time. I studied him. I worked so hard to be Tim. To mechanically try to be him. But then, when I went to Phil to learn the knuckleball, he didn’t try to teach me to be like anyone. You need to be yourself. You need to be different. Everyone does it in a different way.”

At the heart of the film is the mystique of the knuckleball and Dickey is proficient at expounding upon that as well. “You need to make the commitment,” Dickey told me, solemnly and sincerely, although he had likely uttered those words over and over again on this media tour. “You have to leave different pitches behind. It’s about sacrifice and commitment. The knuckleball is in your head twenty four hours a day. That’s how you get your feel for it.”
When R.A. said this, Tim, Phil, and the filmmakers nod as if a great and profound truth had been spoken. The feel is the key with the knuckleball, both the pitch and the life philosophy that surrounds it.