Click on the map below – The Shul World Weekly brings you incredibly local shul news from across the globe!
This week : Copenhagen, Vancouver, NYC, and Jerusalem!

Congregation Emanu-El, the oldest continuously used shul in Canada, has a fascinating history as it was started by a group of Jews looking to supply the gold rushers with necessary equipment at the close of the 19th century. After over a hundred years of all types davening together, they recently gave birth to their first breakaway minyan. Congratulations! They are now official.  Last week the shul hosted a concert, as a wonderful group from Montreal called Shtreiml & Ismail Fencioglu (Jewish Roots & Turkish Blues) performed and entertained the community of approximately one hundred families. They are now looking forward to their very own theatre group – Bema Productions – upcoming Fringe Festival production in August of “The Best Meal You Ever Ate”.

In the Machzikie Hadas Shul, a traditional yearly disagreement was at hand. Which tune to use for Lecho Dodi the Shabbos before Tisha Ba’av? Almost every Friday, the same chazzan steps up to daven Kabbalas Shabbos, a longstanding central member, who was born and brought up in the community. The chazzan relishes singing the Lecho Dodi to the tune of Eicha on this particular Shabbos. The Rabbi feels that Tisha Ba’av should be left out of Shabbos and tries valiantly to redirect the chazzan’s musical talents to more cheerful tunes. Unfortunately, it was to no avail. In all fairness, the chazzan makes sure to introduce all upcoming Yomim Tovim by integrating their songs into davening on the Shabossim beforehand. Maoz Tzur, for example, is sung at every available opportunity in the month surrounding Chanukah. Serious effort has been made, by both longstanding members and visitors, to teach the chazzan alternative tunes, however, as someone born in the community, he insists on singing – almost exclusively – those songs that he heard as a child. Either way, Machzikie Hadas should always hear and sing songs of joy and simcha!

In Ramat Eshkol’s little Bais Torah U’tefilah, also known as the Brafman Shul or Brafman’s (due to it being founded by Dovid Brafman, son of renowned defense attorney, Benjamin Brafman), the Rav, Rav Eliyahu Meir Klugman, is away for the next six weeks on a visit to the US, which means that there is no mesilas yesharim shiur on Shabbos morning, but davening will be followed by the usual $40 kiddush of mini cookies and soda.  On Shabbos afternoons in the summer, avos ubanim learning will continue as always at 5pm.  As it is Chodesh Av, the shul will not be giving out candy at avos unbanim, which may affect the crowd size, as the candy is known to be a major incentive for attendance. There will be the usual three minyanim on Motsei Shabbos (35, 55 and 75 minutes after shkiah, or sunset).

It was the last Shabbos for the kehilah to daven on their home court at Congregation Orach Chaim for at least a month. One of the oldest shuls in New York, the nearly one hundred and forty year old shul is refurbishing their elegant main sanctuary and will be moving to the 92nd Street Y for the next six weeks. As this is the time of year new residents and medical students begin their studies at nearby Mount Sinai Medical School, the community prepares to welcome new members who will be an essential part of the shul’s fabric over the next four years. Rabbi Ben Skydel spoke from the pulpit about the difficulties of applying traditional texts to modern day problems using diverse examples such as Ir Miklat and the Eric Garner case. In the afternoon, his summer series of shiurim continued discussing witnesses in Beis Din and the dissolution of marriage.
Bangitout.com Press
Editor In Chief – Jordan Hiller
Contributing Editors: Zelda Dean, Rabbi Yitzi Loewenthal, Rabbi Yoni Henner, Esq., Rabbi Ben Skydel
To submit any of your local synagogue’s interesting news blurbs please write:  jordan@bangitout.com
Tags: bais torah u'tefilahbrafmancopenhagenhillerjerusalemJewishlocalmicro local shul newsnew yorknewsorach chaimrabbiShut World Weeklyskydellsynagoguevancouver 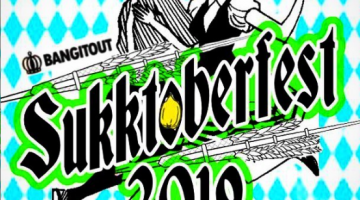 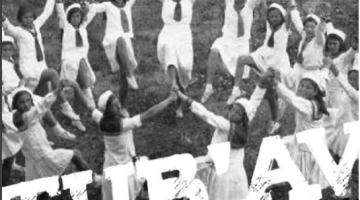